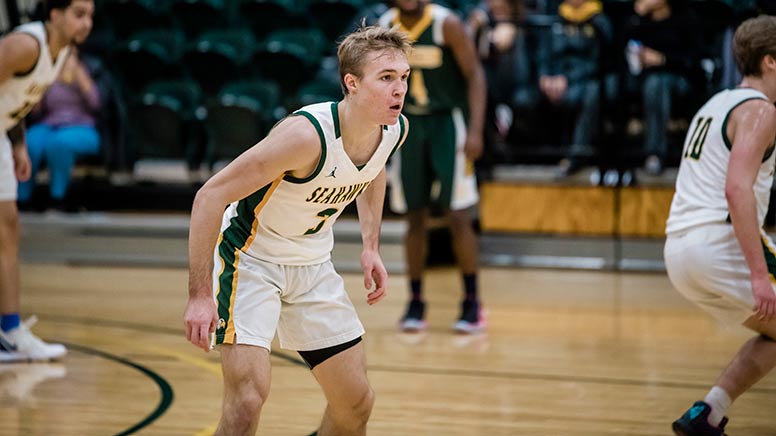 This is the second time this season he has been Athlete of the Month, the last being for November. Falko’s 1,000th point came during Wednesday night’s 103-62 victory over Anne Arundel Community College as he scored 24.

He is averaging 22.9 points per game for the nationally ranked Cecil College Seahawks, who have climbed in the NJCAA poll to 12th. Falko’s scoring goes along with his 5.5 rebound average and 4.1 assists.

Falko is a native of North East, Md., and a graduate of Tri-State Christian Academy in Elkton. His best performance of the month came against Allegany College of Maryland in which he scored 37 points. He also added six rebounds, six assists, and two steals to round out his stellar performance. The Seahawks went 6-0 in January and currently are on a 16-game winning streak.

Falko was also named NJCAA Division II Men’s Basketball Player of the Week for November 11-17, after averaging 34.3 points per game (103 total points) in three games that week. He scored a career-high 43 in a 101-89 loss to Harcum College.