It All Started Here … Sarah W. Colenda plays instrumental role on Board of Trustees 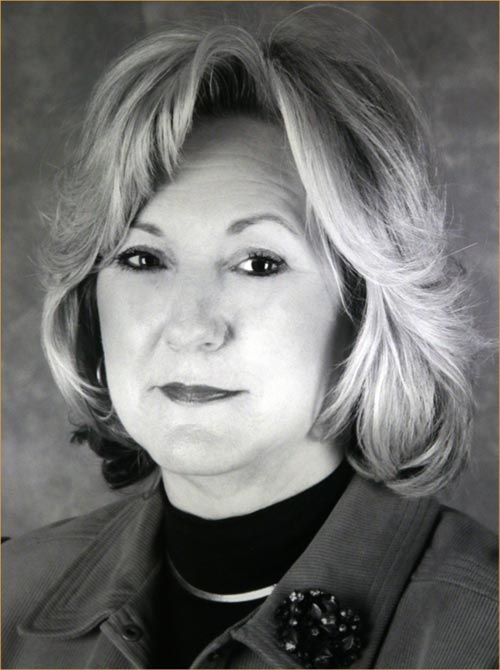 NORTH EAST, Md. – Cecil College would not have been able to serve the residents of the tri-state region for half a century without the steady guidance and support of its board of trustees. But, being a member of the College’s board isn’t just about putting a title on a resume. It is about believing and living the possibilities Cecil College offers for creating a stronger and more prosperous community.

Sarah W. Colenda is the embodiment of Cecil College’s mission of transforming lives through education. A lifelong resident of Cecil County, her family has played an instrumental role in the county for six generations. She has been a member of the board of trustees since 2005 and the chairperson since 2014 as she begins her third term on the board.

“Without exception, everybody I have worked with on the board has been passionate about the college. They are bright, they know the business world, they ask the right questions, and we have always worked as a team,” said Colenda.

During her early years on the board, Colenda took a wait and see approach until she understood the lay of the land. Talking with her fellow board members outside of the meetings, she was able to learn all the facets involved in an institution of higher learning and then expand upon them.

During the National Association of Community College Trustees (ACCT) conference this fall, she discovered Cecil College is already doing everything suggested for improving the effectiveness of community colleges across the country. From protecting IT services and public safety procedures to working hand-in-hand with local school districts, Cecil College is ahead of the curve with its proactive approach.

Cecil College was founded the year Colenda graduated from high school, allowing her to view the growing pains of the institution over the years. Her family ties to the college are strong, as her husband, Allen, taught HVAC and electronics at then Cecil Community College for eight years following his service in the military. Her eldest daughter Gina later graduated from Cecil, while youngest daughter Rebecca took classes at Cecil College before going on to earn her bachelor’s degree from the University of Delaware on a volleyball scholarship. Her son, John, also attended Cecil College before completing his bachelor’s degree from Millersville University.

“There is not a finer place on the planet than Cecil County. I love Cecil County, and the college. The economic diversity in this county is vast, so Cecil College plays a vital role in helping people help themselves.”

As a Cecil College board member, Colenda was able to support the growth of the Cecil College Foundation and its scholarship power for students in need. Working closely with former Foundation Executive Director Chris Ann Szep, Colenda and her fellow board members utilized their community, political, and business connections to establish and grow the college’s endowment.

For the 50th anniversary, the Cecil College Foundation launched the Campaign of Inspiration to raise $1.5M over 12 months. Now in the final weeks of the campaign, the Foundation is very near its goal.

“The Foundation helps so many people afford the opportunity to realize their dream or elevate themselves out of poverty. When I came here, the Foundation was very small but, thanks to Chris Ann Szep, I have been fortunate to watch it grow. She did a phenomenal job,” said Colenda. “The college is the light at the end of the tunnel for many people in Cecil County.”

The Foundation provides financial assistance for non-credit students as well as those seeking an associate degree. Cecil College offers a CDL truck driving training program, trades training in welding, HVAC, and automotive repair, as well as several certifications in healthcare. Scholarships cover the cost of tuition and classroom materials such as books. These programs are organized to help displaced workers as well as individuals seeking a different line of work.

“It is incredibly expensive to send a child away to school, and many in Cecil County cannot afford the student loan debt. Many of our students are working fulltime and come to Cecil College to better themselves and get a higher paying job. It is essential that they have the Foundation money to help them financially. If it wasn’t there, they couldn’t afford to come to college and better themselves,” said Colenda.

Along with helping to grow the Foundation, Colenda has been instrumental in helping to improve the college’s facilities. She joined the Cecil College Board of Trustees in time for the Elkton Station ribbon cutting ceremony. Elkton Station replaced a dilapidated facility so the college could reach out to the eastern region of Cecil County and provide an excellent opportunity for the people of Elkton to have educational resources in their neighborhood.

She also oversaw the renovations of the Physical Education Complex and the most recent addition to the North East Campus, the Engineering and Math Building. This building has enabled the college to create articulation agreements with some of the top engineering universities on the East Coast. Most recently, the board approved the construction of the athletic practice facility next to the baseball and softball fields, built from private donations.

“It has been exciting to watch Cecil College grow from its beginnings at Elkton High School to what it has become today. We have a strategic plan that is very progressive and forward thinking. All these improvements have enabled the college to reach out and support the community. We are here for the students. We are all about the students,” said Colenda.

Colenda credits the success of the college’s day-to-day operations to the leadership of Cecil College President Mary Way Bolt, Ed.D. Dr. Bolt, who was born and raised in Rising Sun, graduated from Cecil College, and returned to rise through the ranks and become the college’s fifth president.

“I am so proud of what Dr. Bolt has accomplished, where she is, and how completely dedicated she is to this college. She is admired not only in this county but on the state and national level,” said Colenda. “We are blessed to have such wonderful faculty and staff who genuinely care about our students. They are not just plugging along doing a job. They are committed.”

Colenda is extremely ingrained within the community and was overjoyed this year when Cecil College graduated its first class of Early College Academy (ECA) students. This program allows students to earn an associate degree while still in high school. She points to the ECA program when referring to the way Cecil College consistently thinks outside the box.