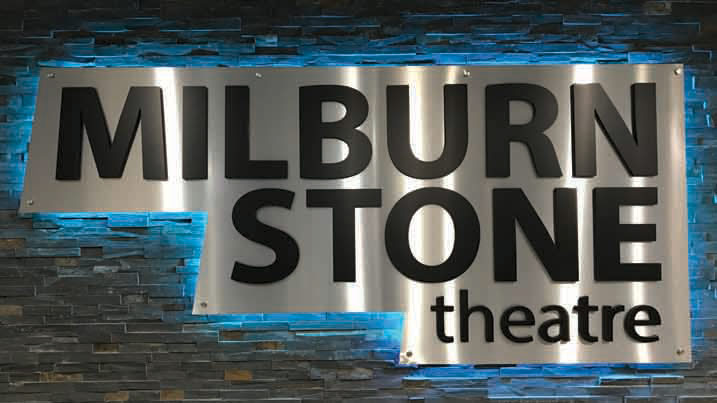 NORTH EAST, Md, – The Milburn Stone Theatre held its annual launch party to announce the schedule for the 2019 season. More than 100 members of the public attended the introduction performance where they were able to rub elbows with the actors.

“This season it has something for everyone, but we have added a mystery drama that is going to thrill and delight all fans of the stage. Along with our array of Broadway musicals, we are proud to host the region’s premiere of ‘The Curious Incident of the Dog in the Night-Time,’” said Andrew Mitchell, artistic director at Milburn Stone Theatre. This performance takes the stage in February.

The 2019 season opens in January with ‘Chess’ followed in April with ‘Gentleman’s Guide to Love and Murder.’ ‘Evita’ returns to the big stage in June with six performances, and the perennial favorite ‘Anything Goes’ raises the curtain in August.

‘The Curious Incident of the Dog in the Night-Time’ tells the tale of Christopher, a fifteen-year-old autistic boy, accused of killing Wellington, the neighbor’s dog, with a garden fork. The boy launches into an investigation of the dog’s death, despite his fear of everything beyond his yard. During his search for the truth, he discovers other hidden secrets he wasn’t prepared to find out.

Based on the 2003 best-selling book, this production of ‘The Curious Incident of the Dog in the Night-Time’ won five Tony Awards in 2015 including Best Play and Best Scenic Design of a Play.

“The story views the world through the eyes of an autistic child and the perception of that child. It is a transformative theatrical experience helping those in the audience who have never experienced life on the edge of the autism spectrum,” said Mitchell.

‘Chess’ is a musical adaptation of the Cold War-era grudge between two men – an American grandmaster and a Soviet grandmaster – that goes beyond the game to the woman who manages one and falls in love with the other. The story is loosely based around Bobby Fischer.

‘A Gentleman’s Guide to Love and Murder’ is a musical comedy, based in 1909. Lord Montague, “Monty” D’Ysquith Navarro, Ninth Earl of Highhurst, is in jail and is writing his memoirs on the eve of his possible execution. He aptly names his story the title of the play.

‘Evita’ is based on the incredible true story of Eva (Evita) Peron, who starts out life as a poor girl that goes on to become an actress and then become the wife of the president of Argentina, Juan Peron. The musical is a story of love and politics, showing all the battles and triumphs Evita has in her short, but amazing life.

‘Anything Goes’ is set aboard the ocean liner S.S. American, where nightclub singer/evangelist Reno Sweeney is en route from New York to England. Her pal Billy Crocker has stowed away to be near his love, Hope Harcourt, but the problem is Hope is engaged to the wealthy Lord Evelyn Oakleigh.

Along with these five highly rated shows, Milburn Stone Theatre’s Film Series will feature fan favorite ‘Guardians of the Galaxy’ in March, ‘The Big Lewbowski’ in May, and, to kick off the summer, ‘Jaws’ in July.

The 2019 season will include several special events from ‘Elvis, Through the Decades’ to ‘The Cruisers.’ The Milburn Stone Theatre is reverting its seasonal schedule to align with traditional theater schedules and will unveil its 2019-2020 season on Saturday, April 27.